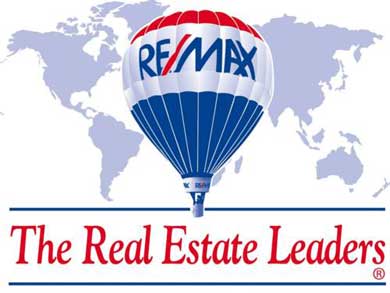 From a single office in Denver, Colorado, Remax has grown into a global real estate network of franchisee-owned and -operated offices and their more than 90,000 affiliated independent sales professionals.

Remax World Headquarters - Remax, LLC - is a privately-held company, based in Denver, and owner of the Remax brand, trademarks, and proprietary system. Remax, LLC provides franchise support services and access to real estate continuing education to Remax franchises. Learn more by viewing the biographies of Remax, LLC officers and detailed information about the Remax Balloon and the network's unique history at the Remax Corporate website.

The Remax network is also made up of more than 70 regional sub-franchisors, most of them independent of Remax, LLC, varying in size from a metropolitan area to an entire country.

Remax values community involvement at all levels of the organization, from individual Associates to corporate headquarters. Children's Miracle Network and Susan G. Komen for the Cure are two prime beneficiaries.

Dave and Gail Liniger founded Remax in Denver, Colo., in 1973, prompted by their dissatisfaction with the way real estate business was conducted at the time.

Most real estate offices used the commission-split system, requiring sales professionals to forfeit half of their commissions to their brokers in exchange for an office environment and company services. The top producers contributed the most to the operation's overhead, thus supporting the amateur, part-time and low-producing agents. Support services were lacking in quality. The Linigers wanted to change all that.

They believed that to attract and retain the best agents, brokers must offer maximum compensation, advanced support services and the freedom to succeed. Agents would share office overhead and pay management fees, and in return receive a wide variety of real estate services and more control over their business.

In every year since 1998, nobody in the world has sold more real estate than Remax. The network’s red, white and blue hot air balloon logo is familiar to homebuyers and sellers in more than 80 countries.

The most significant growth for Remax in recent years has come from expansion into Africa, Asia, Australia, New Zealand, the Caribbean, Central America, Europe and South America. Remax takes proven techniques and adapts them to local markets, thereby developing a series of tools that real estate professionals find invaluable.

Some of the innovative services created by Remax to help its members become ever more professional and successful include:

Advanced training courses, both on-demand online and in the classroom, via Remax University

Television advertising campaigns that are seen by more viewers in the U.S. than those of all national competitors combined

In an industry rife with frequent turnover in ownership and management of major real estate networks, Remax remains owned and directed by its founders.