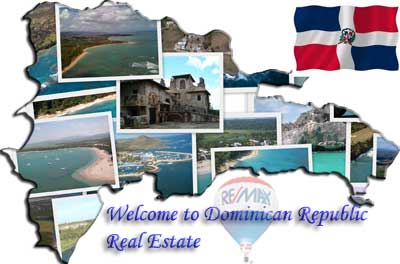 The Dominican Republic is an incredibly diverse island for the Caribbean. Far from being just a scrub / sand island, the island is characterised by both the lowest (Lake Enriquillo - also the largest lake in the Caribbean) and highest mountain peaks in the Caribbean (Pico Duarte).

The Dominican Republic is located on the island of La Hispaniola, which is part of the Greater Antilles archipelago in the Caribbean region. The western third of the island is occupied by the nation of Haiti, making Hispaniola one of two Caribbean islands that are shared by two countries. Both by area and population, the Dominican Republic is the second largest Caribbean nation (after Cuba), with 48,442 square kilometres (18,704 sq mi) and an estimated 10 million people.

Taínos inhabited what is now the Dominican Republic since the 7th century. Christopher Columbus landed on it in 1492, and it became the site of the first permanent European settlement in the Americas, namely Santo Domingo, the country's capital and Spain's first capital in the New World. Santo Domingo can boast of some of the firsts in the Americas, including the one of the oldest universities, the first cathedral, and castle, the latter two in the Santo Domingo solonial area (UNESCO World Heritage Site).

After three centuries of Spanish rule, with French and Haitian interludes, the country became independent in 1821 under the rule of a former colonial judge who maintained the system of slavery and limited rights for the mostly mulatto and black population. The ruler, José Núñez de Cáceres, intended that the Dominican Republic be part of the nation of Gran Colombia, but he was quickly removed by the Haitian government and "Dominican" slave revolts. Victorious in the Dominican War of Independence in 1844, Dominicans experienced mostly internal strife, and also a brief return to Spanish rule, over the next 72 years. The United States occupation of 1916–1924, and a subsequent, calm and prosperous six-year period under Horacio Vásquez Lajara, were followed by the dictatorship of Rafael Leonidas Trujillo Molina until 1961. The civil war of 1965, the country's last, was ended by a U.S.-led intervention, and was followed by the authoritarian rule of Joaquín Balaguer, 1966–1978. Since then, the Dominican Republic has moved toward representative democracy and has been led by Leonel Fernández for most of the time after 1996.

The Dominican Republic has the second largest economy in the Caribbean and Central American region. Though long known for sugar production, the economy is now dominated by services, especially tourism.

The Dominican Republic has become the Caribbean's largest tourist destination; the country's year-round golf courses are among the top attraction as well as having some of the most pristine beaches in the Caribbean.

Music and sport are of the highest importance in Dominican culture, with merengue as the national dance and song and baseball the favorite sport.

The bay of Cabarete, home to kite surfing and wind surfing in the Caribbean. Cabarete is a small idylic Caribbean village nestled on the shores of the north coast of the Dominican Republic. Only a 25 minute drive from Puerto Plata International airport, this town is fast becoming one of the 'hottest' destinations in the Caribbean, appealing to both young and old alike.

Cabrera is located on the north coast of the Dominican Republic in the province of a María Trinidad Sánchez. It is located at the eastern end of the county's north coast, at the western extreme of the Bahía Escocesa, 130 kilometers north of Santo Domingo. Cabrera is quite a small town with little tourism infrastructure. Close by to the towns of Cabrera are the towns of Rio San Juan abd Nagua.

The city of Puerto Plata curves around the base of towering Mt. Isabel de Torres, whose pinnacle can be reached by an electrified sky lift system called the teleférico. A manicured botanical garden dominated by an illuminated statue of Christ - a scaled-down version of the one in Rio de Janeiro - crowns its summit.

The Altagracia province located on the south east side of the Dominican Republic is home to stunning resorts communities such as Bavaro, La Romana and Punta Cana. With stunning unspoiled white-sandy beaches, vibrant coral reefs, internationally recognized 'signature' golf course, this area is fast becoming the playground of the Caribbean.

Sosua, home to one of the finest white soft sand beaches on the north coast of the Dominican Republic. At the 1938 Evian Conference Rafael Trujillo offered to accept up to 100,000 Jewish refugees; about 800 German and Austrian Jewish refugees received visas by the Dominican government between 1940 and 1945and settled in Sosua. 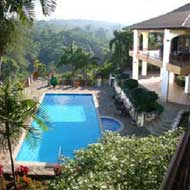 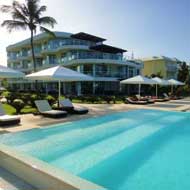 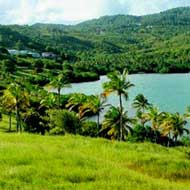 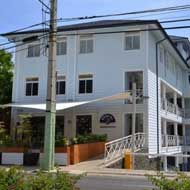 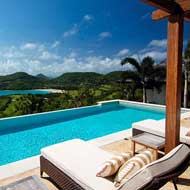